Are we having fun yet?

Have any of you seen the movie “RV”? Robin Williams’ character takes his family on a cross country trip in a rented RV and just about anything that could go wrong, does. Well, when you buy a 30-year-old motor home, just about anything that can be worn out, is! We arrived at our spot behind Northwest Community Friends Church in Tucson on Monday, moved Florence Marie’s motor home to the other side of the parking lot and started getting her moved in.

On the bright side, the battery was still up and after a little coaxing, the engine started. Plugging in to power went pretty well. We already knew that the refrigerator wasn’t working, so LeRoy started removing it on Tuesday, I think. RV refrigerators can run either on propane or electricity, so all the propane had to be disconnected. Getting the unit out of the cabinet where it was sitting went fairly well, except that it was very heavy, but the major hangup came at the RV door. It didn’t fit so all the coils had to come off. Did you know ammonia stinks? It was aimed outside and we all got out without breathing it but I wouldn’t recommend it.

Then we went shopping for a replacement. We found a 4.5 cubic foot dorm fridge type at Home Depot and it fits the space pretty well. There’s room on top for a shelf but that’s another project. 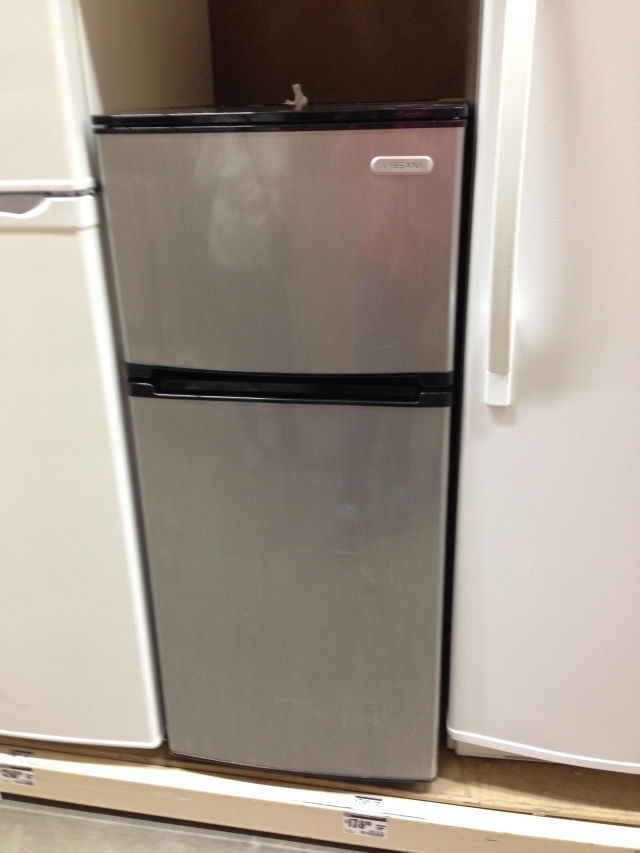 Now for groceries! Ah, we thought, we are ready to enjoy our winter. But not just yet. An early morning call let us know that the carpet was wet, so Sherlock, er, LeRoy went to work again. As a precautionary measure, he emptied the holding tanks, both RV and bus. In order to do that, he had to open the holding tank bay on the bus and the lock broke…in the closed position. Drilling out rivets came next so that he could get into the bay. This morning, he has her bathroom sink completely out working on it.

I guess we should be thankful there was no brown geyser involved! (See the movie RV and you’ll understand.)

Retirement agrees with us! After traveling in our 40' Silver Eagle bus conversion, whose name was Liberty, since 2010, it was time for a change. Now we spend the winter in Yuma, AZ and travel during the spring, summer and fall setting the Pace!
View all posts by 2010liberty →
This entry was posted in Uncategorized and tagged Northwest Community Friends Church, RV problems, RV refrigerators. Bookmark the permalink.