At last, reliable internet service! In Liberty, it works so slowly that I can’t upload pictures, let alone a blog. Today we’re doing laundry and wifi is available, so I’m making use of it.

This past week we’ve been sharing Colorado with our 13-year-old granddaughter Alma. When you’re showing it to someone who has never seen it, it’s all new and we are in awe all over again. We picked her up at the Denver airport on Tuesday and stopped on the way home to shop at the outlet mall in Castle Rock. When all fails with a teenage girl, go shopping! Well, actually, we hadn’t failed at anything else–it was our first choice.

We had moved up the hill to Woodland Park on Monday, so we’re right in the center of most of the things we wanted to show off. We spent Wednesday seeing the sights of Teller County, our favorite part of Colorado. Years ago when our kids were young, LeRoy and at least one of the kids went on the mine tour at the Mollie Kathleen gold mine in Cripple Creek and although there are only two in the picture, all three of us went this time.

To get to the mine itself, we rode down in a 9-man elevator car. Those must have been small “men”, because there were 7 people in ours and we were packed in like pieces of a jigsaw puzzle. 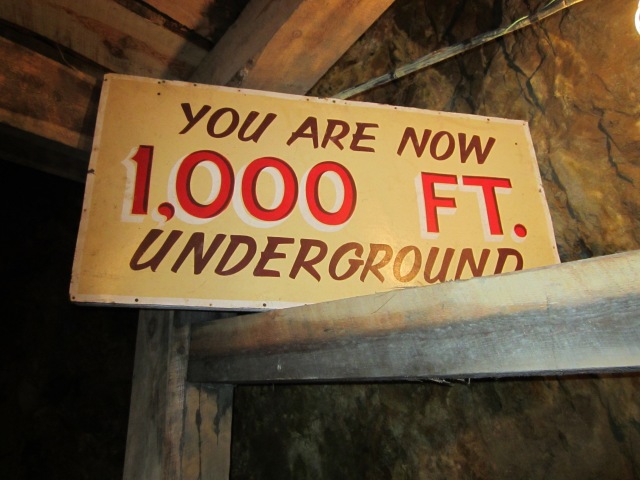 The tour showed hard rock mining procedures over several decades, beginning with a single man hitting a single bar, turning it and then hitting again to make holes for explosives. I can’t imagine being the “holder” in this picture. Our guide did say that the men had to be extra careful since they traded positions periodically.

Since the average life expectancy of a miner was 35 years, many of the miners weren’t much more than children. They didn’t wear eye or ear protection, so in addition to miner’s consumption, I’m sure many were deaf and nearly blind. All the millions of dollars that were made from that mine when it was in operation! And to think, gold was $20 an ounce then. Today it sells for over $1600 an ounce!

Alma was glad to get to the top! Just the thought of being so far down about got her, but the jerky trip to the top in the “elevator” was almost as bad. 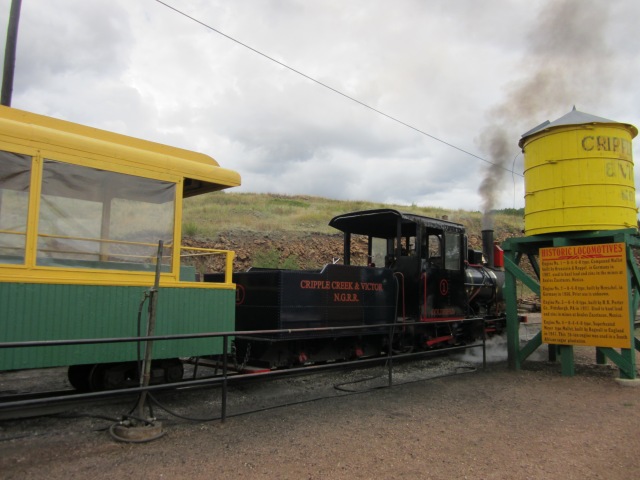 We finished out the day at Florissant Fossil Bed National Monument, where we watched a short movie about the park and listened to a ranger presentation. LeRoy and I remembered that when we first started coming there, everything was pretty primitive. Now they have an outdoor amphitheater for their presentations and the petrified redwood stumps are all under cover. The park was started on August 20, 1969, just three days after Robert Craig Willis entered the world, so when we came in the middle 70s, it was brand new.

On Thursday, we completed a Pikes Peak Trifecta that began in the early ’80s. 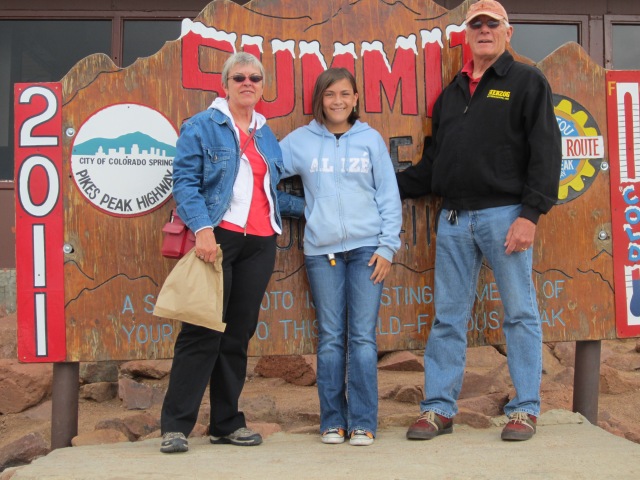 In 1983, I think, our family hiked up the Barr Trail to the summit of Pikes peak, a 26-mile round trip. On the way down, we stepped off the top into clouds and ran into a hailstorm part way back to timberline. In June of this year, we rode the cog railway to the top with Ben and Bailey. That day the temps were in the 40s on top, with high winds, so we were pretty cool. This week, we drove the convertible (with the top down) to the top on a highway that is almost completely paved. LeRoy drove and Alma and I helped by leaning to the middle of the car, away from the dropoffs! Alma thinks there should be more guardrails! However, this is the girl who insisted that we stop so she could climb rocks. She takes after her dad, I think. 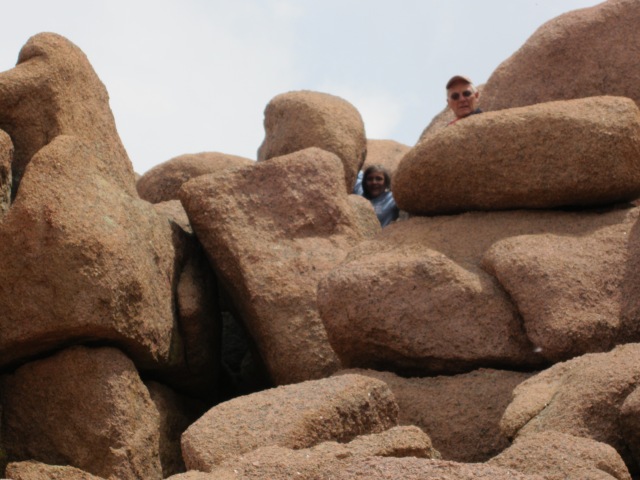 We saw cars stopped by the roadside on the way down, with people out taking pictures  and as we got closer we could see what their photo target was.

We had actually been closer to one mountain goat on the Cripple Creek trip. It was standing on a boulder not 10 feet from the edge of the road as we drove past.

More on the sights of Colorado next time!