Today was a wonderful day for sightseeing along the coast in Texas, overcast and pleasantly warm, not hot. Rodney and Georgia Sayers took us to a couple of close attractions. It was nice to have someone else driving since we were unfamiliar with the area and it seems as if someone pointed our compass backwards. Both LeRoy and I are turned around and when the sun isn’t visible, it’s hard to know which way you’re going.

The first stop was The Big Tree, a gigantic live oak that is probably 1000 years old. 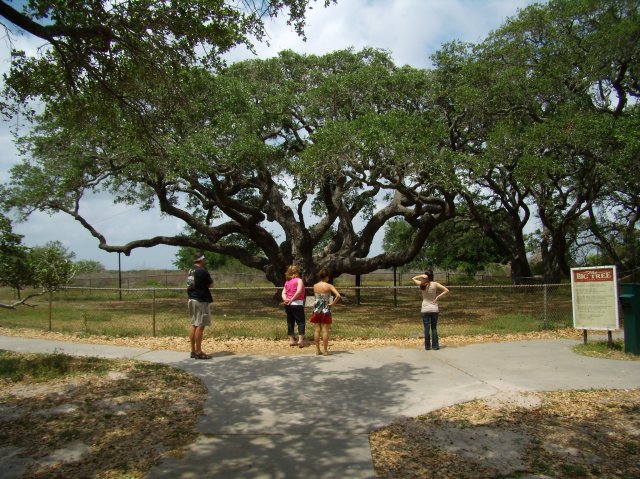 All the trees on the surrounding acres, and there are many, are babies of that one tree, offshoots of its roots. 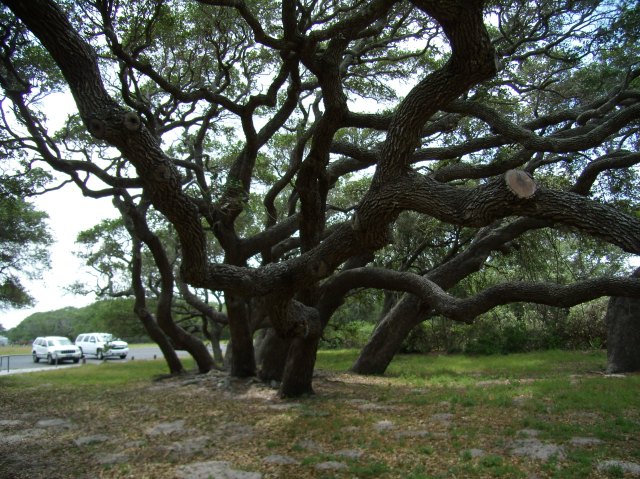 From there we went to the Aransas National Wildlife Refuge. The whooping cranes winter there but we were too late to see them. I can remember when they were nearly extinct and when they landed in Kansas, everyone was excited to see that there was a new one or two from the previous year. Now there are over 250 that winter in this refuge and over 500 in North America.

What we saw instead were cranes and feral pigs, alligators and frogs. Even the sounds of the area were fascinating. This fellow let us know he was around long before we actually spotted him in the reeds. 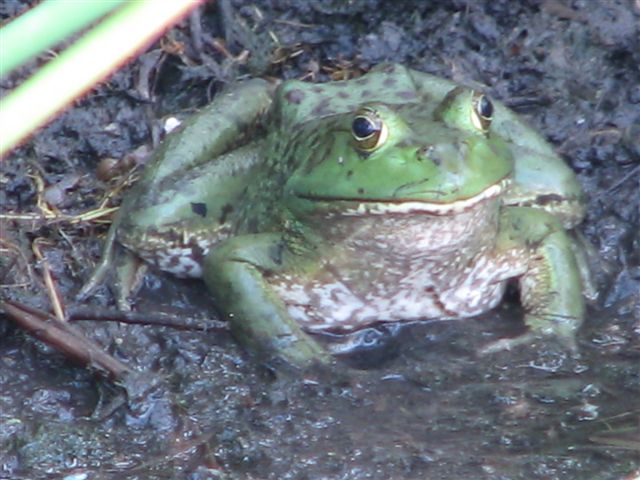 I don’t think I’d ever seen an alligator outside of a zoo but today we saw two. The gator below had spotted his dinner, I think, but the prey was oblivious at this point. 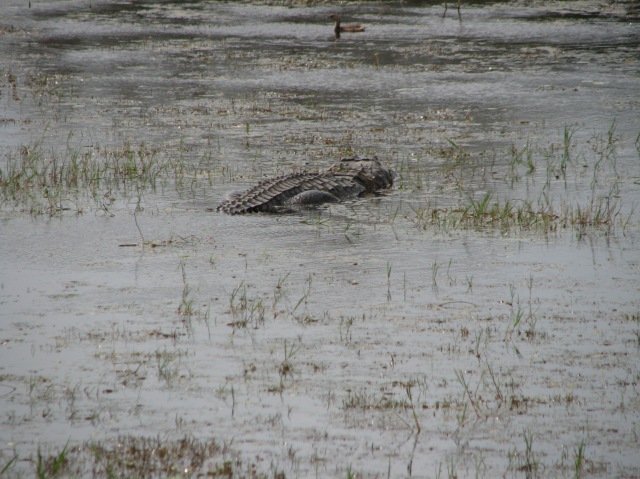 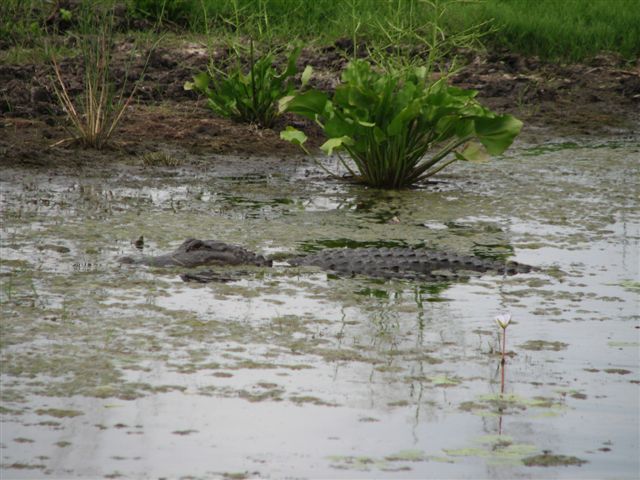 One of the showiest birds we saw was the Roseate Spoonbill. At a distance, they  made us think of flamingoes. 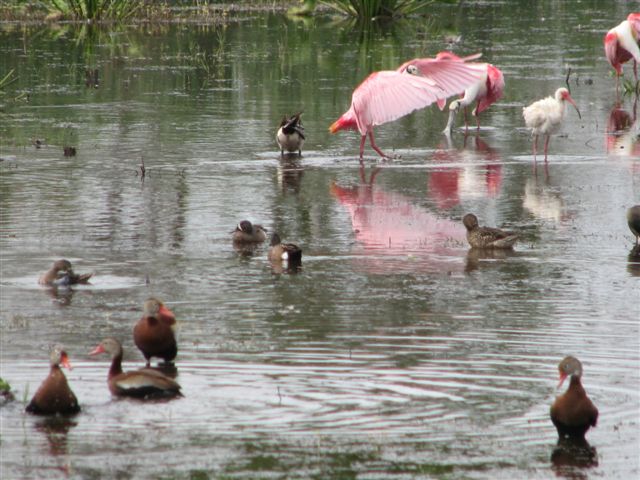 The feral pigs are really quite a problem in the area. When they root around, they leave the area looking as though a truck has been stuck there or maybe as though someone had plowed the ground. Some of the ones we saw were enormous! 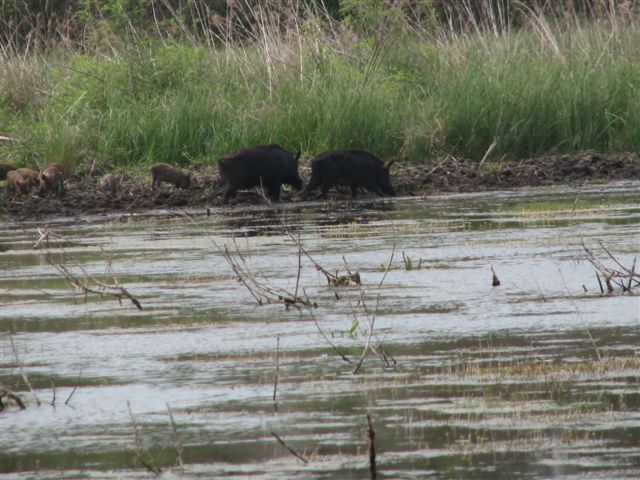 We also saw a couple of deer on our way out of the park, along with wild turkeys and turkey vultures. We’ve made friends with several birders in the last few months who would enjoy Aransas National Wildlife Refuge immensely.

Last on the day’s agenda but by no means least was dinner in Rockport, freshly caught seafood. I had a shrimp platter and LeRoy had fish, so we shared. Both were terrific. Georgia served us strawberry bars when we got home to top it all off. Great food!

39 years ago today our daughter Heidi entered the world and we’ve been blessed by her presence since then. She smiled very early, as babies go, and has been smiling and keeping us smiling all this time. Happy birthday, Heidi! We love you!!