As the world turns

Another turn around the sun and our Eagle friends gathered in Quartzsite for a rally again. And again, Quartzsite turned out to be the black hole for all things electrical. If we boondocked anywhere else, we would find out the kinks and problems there, but Quartzsite is about our only dry camping of the year so it is very important for the generator to run. This year we thought we had it made with the generator swap last fall. Sure enough, our generator ran like a champ, but the electricity didn’t get to the bus. LeRoy and several other guys stood around and scratched their heads and finally decided that the line switch was probably defective. Instead of spending valuable time when we could be shopping or sharing stories with friends, we found a long enough cord to plug into a 20 amp circuit and made do until we could get back to a 50 amp plug in. Problem solved, temporarily.

The gathering this year was smaller, but still lots of old and new friends to enjoy. I think there were 16 Eagles and 6 “other” coaches who put up with us.

We always enjoy the vendors in Tyson Wells, as well as the Big Tent, but this year we actually made purchases. I got my Christmas present, which will be seen soon on the front of our casita in Yuma. I’ve been looking for just the right thing to fill that blank space since before Christmas 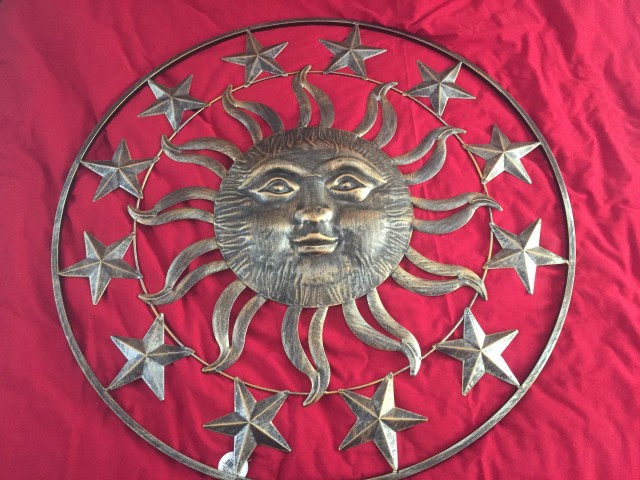 The major purpose of this year’s business meeting was the announcement of election results and introduction of the new president. LeRoy assumed the duties of the president, and we’re not really sure what all that entails yet, except that we are now guardians of the coffee pot! 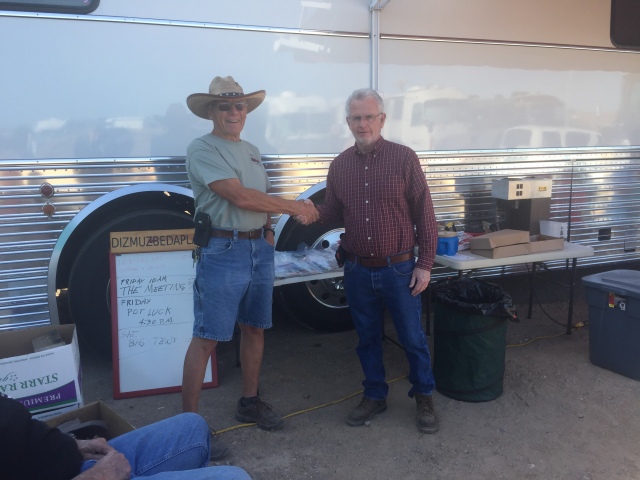 Before we left for the rally, we had a visit from Dave and Karen Franklin, younger folks from the Benjamin Hills neighborhood we lived in while in Wichita. They’re doing a west coast tour for a few weeks and stopped to spend a night with us before they went on their way.

Now we’re back at “home” and ready to hit the hot tub. That’s one winter purchase  where we get our money’s worth.