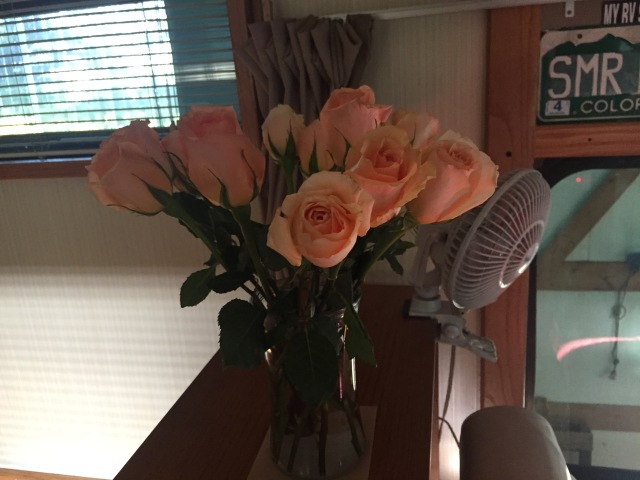 Mother’s Day always makes me nostalgic. The roses were a gift from granddaughter Bailey, but I’d love to be able to share them with several women who have impacted my life.

I had a wonderful Christian mother and when I married LeRoy, God blessed me with a Christian mother-in-law. I doubt that I ever realized or even appreciated how much they influenced my life until they were both gone.

Mother told me once that I was a surprise, since my sisters were 8 1/2 and nearly 11 years old when I was born. She quickly told me that I was a nice surprise, although there were probably times when she wasn’t so sure! However, I treasure the many times, especially in the last years of her life, she told me “I sure am glad we had you!” Mother, I’m glad you had me, too.

LeRoy lost both his parents by the time he was 8. I would have loved to meet his mother, Jenny. I’m sure she was a wonderful woman. She had waited 12 years to become a mother and was very proud of her son. When LeRoy’s dad died, she remarried and this picture includes his stepfather.

Jenny’s sister, Tressie, had never been married and although she didn’t have much, she shared it with LeRoy and his cousin Raymond. She didn’t think it was “proper” to be called their mother, but she was thrilled to be called “Grandma” by our children! Had she not raised a fine Christian man for me to marry, my life would have been very different. 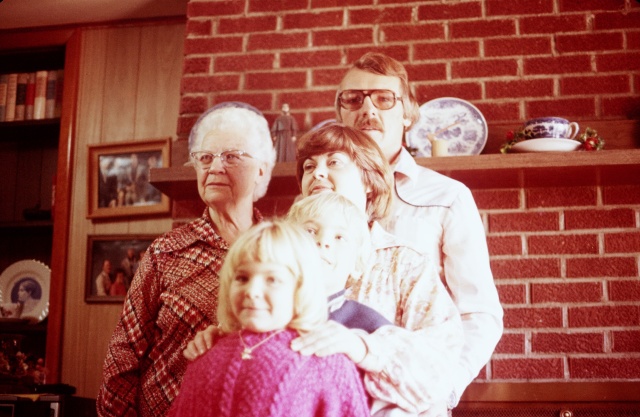 (Photo quality in earlier years was not what we’d expect today, even from a phone!)

I would also share my roses with the mothers of my grandchildren. Our daughter Heidi is a wonderful mother to 5 of our 6 grandchildren. Only Jordan is missing from this Christmas picture several years ago.

Life is complicated sometimes, and our family is no exception. I won’t go into detail, but we owe a debt of gratitude to Janet Meils, Cheryl Bradford, Lisa Briseno-Willis for their part in our grandchildren’s lives. Without their love and prayers, our relationship with their three children would have been impossible.

In the last couple of years, we’ve also added another “daughter”, when she married our son Robert. Shelly has stepped into the role of stepmom to a grown college student. How difficult is that!

Thank you to all these mothers, past and present, more making my life richer!

Last Sunday, we drove to Manhattan to visit my sister Mary Jo, her husband Ray and their son Bryan who was visiting from Chicago. 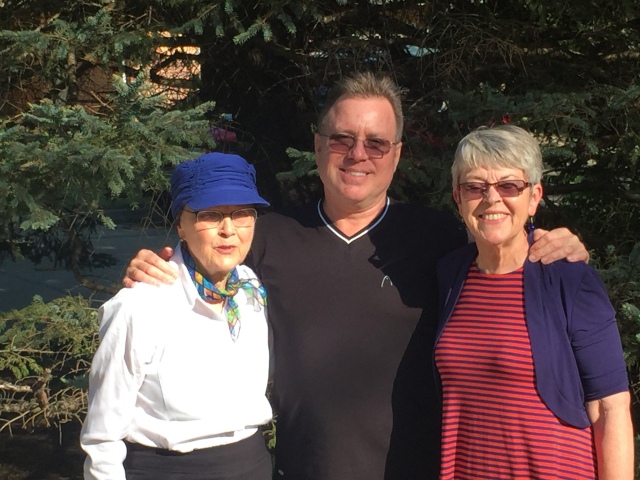 This week, tomorrow in fact, we will be headed to Colorado again to volunteer as co-hosts at the same RV park we served last year. See you on the road!

Retirement agrees with us! After traveling in our 40' Silver Eagle bus conversion, whose name was Liberty, since 2010, it was time for a change. Now we spend the winter in Yuma, AZ and travel during the spring, summer and fall setting the Pace!
View all posts by 2010liberty →
This entry was posted in Bus, Golden Bell Camp. Bookmark the permalink.