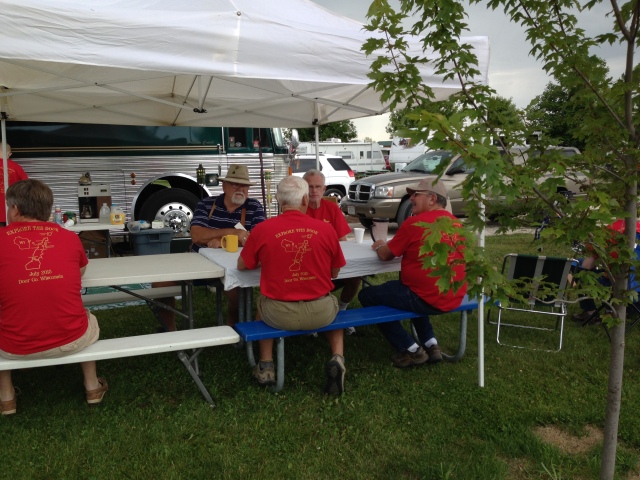 Another incredible rally is behind us. We love seeing old friends and meeting new ones each time the Eagles gather, and you always seem to find us at a table somewhere. The rally hosts, Dennis and Renae Hafenbreadl, had done a great job of planning our Explore the Door rally in Bailey’s Harbor, Door County, Wisconsin.

Our trip from Fond Du Lac took us off the beaten path, aka interstate highways, and we enjoyed an unrushed drive through small town Wisconsin. From time to time, we caught a glimpse of Lake Michigan and then we would find ourselves in farm country again without a hint that the big lake was just on the other side of the corn, beans and neat farmsteads. It whetted our appetite for the sights of Door County.

Heidi and family took a different route that day. While Tim and Heidi have always been huge Chiefs fans, Bailey is a fanatic for the Green Bay Packers and particularly retired player Brett Favre. They couldn’t be that close without visiting Lambeau Field, especially since Favre had been inducted into the Packers Hall of Fame and his number was retired on July 18, just a day or two before. Needless to say, that was probably the highlight of Bailey’s entire trip! They came away with jerseys for each of them and a cheesehead for their new brother-in-law to be Marc, who just happens to be their church youth minister.

Door County includes 2,370 square miles and nearly 80% of that is water. It has 300 miles of shoreline and is surrounded by water on three sides. Since Sturgeon Bay added a man-made shipping canal at the base of the peninsula in the late 1800s, the rest of the peninsula is essentially an island with one bridge and one highway connecting it to the rest of Wisconsin. One of our favorite ways to learn a new area like that is to take a narrated tour and the group trolley ride our hosts had arranged was really enjoyable.

Our tour took us through all the little towns including Sister Bay, the home of Al Johnson’s Swedish Restaurant. Mr. Johson  imported a wooden building from Norway in 1973 to replace the store he started in and covered it with a traditional sod roof.

His best friend brought him a goat named Oscar as a gag gift that year and someone then put Oscar on the roof where he attracted passersby. Eventually the family accumulated a herd. Now that restaurant is one of the top grossing in all of Wisconsin because they have good food and because people like us drive by to crane our necks and look for goats, and many of them stop to eat.

We drove by lots of interesting old buildings 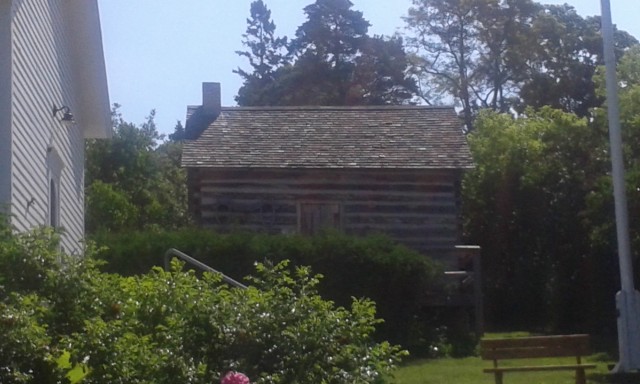 We even stopped at a lighthouse.

We couldn’t get by without shopping for cheese. After all, we were in Wisconsin! I’ve always enjoyed cheese curds, especially the way fresh curds squeak against your teeth as you eat them, so we had to buy curds. And string cheese, and several  harder cheeses…did I leave anything out? No wonder the Packers’ fans are called Cheeseheads!

One of the highlights of the rally experience for me was the fishboil at Rowley’s Bay Resort. First came the storyteller, an 87-year-old man who could almost make you believe that he was there in 1847 when the first settlers other than Indians arrived!

And then the unique experience of the fishboil. First the water in the cauldron on the fire

Add the potatoes and onions and let them cook awhile 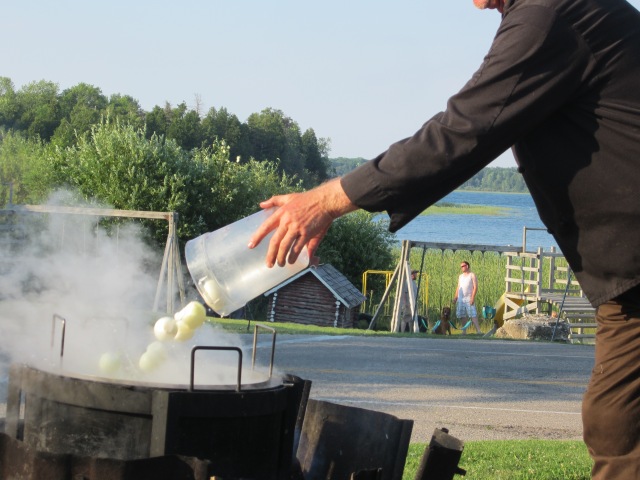 and then the fish chunks. 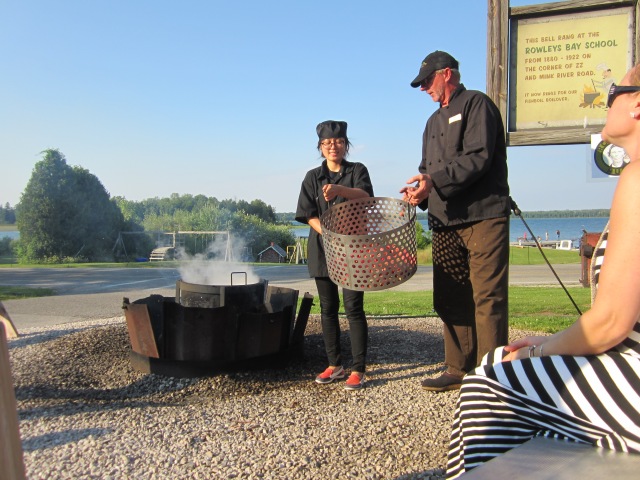 The top of the pot has all the the unappetizing froth and foam from the cooking and then comes the real experience. The spectators are told to move about 20 foot or so upwind, the panels around the fire are carefully removed and the storyteller rings the bell to announce that the boilover is about to happen.

The boilmaster does what we have probably all been told NOT to do, throw fuel on the fire! And as if once weren’t enough, he pours a second container of kerosene on it.

And the boilover occurs! 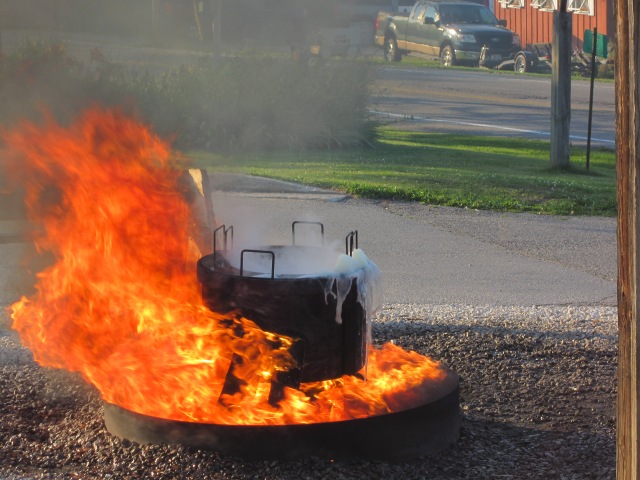 The food itself was very bland and fairly flavorless but the experience was worth it all! Fortunately, there was a wonderful buffet of other foods and believe me, we didn’t go away hungry.

More on the rally activities later, but this blog is long enough. Whew!

2 Responses to What a trip!