We’ve been on the road this week and it feels good! After spending the night Monday at Huachuca City with our Eagle friends Blake and Pennie Hardy, we headed east to New Mexico. We try to stop and see LeRoy’s cousin Raymond Fuller each spring and fall as we are travelling through. No matter how much we deny aging, none of us are getting any younger and it’s important to keep in touch.

Raymond had received a picture recently that really points out the evidence of aging. Sorry for the quality of the picture-of-a-picture. We didn’t have a scanner available. LeRoy was the “kid” in the photo and Raymond is the one on the left. 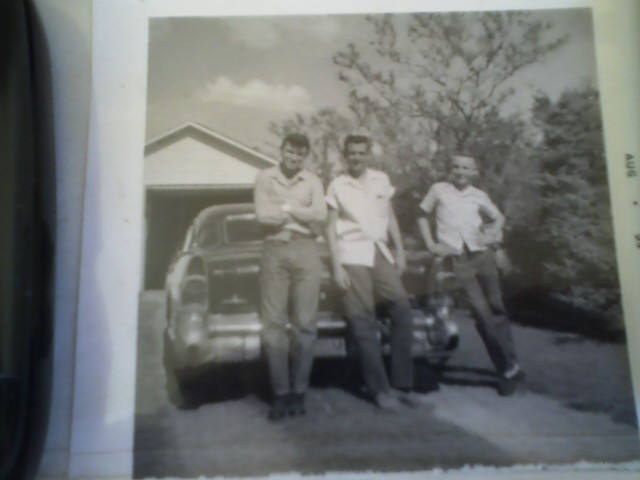 On our way toward southeastern New Mexico, we came through San Antonio, NM. A local honey provider had a stand along the road and we stopped for a sample. What we bought was a small jar of desert wildflower honey. It is as thick as molasses and not much lighter in color with a flavor reminiscent of the flowers from which the nectar came.

We couldn’t pass up the Buckhorn Cafe and their famous (and enormous) green chile cheeseburger while we were in the area. 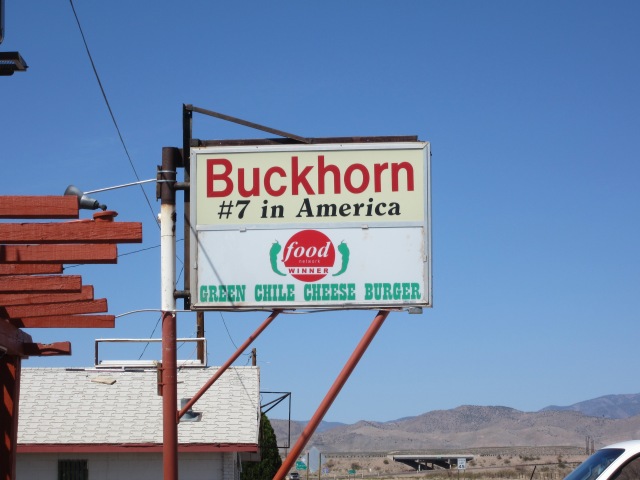 We learned our lesson when we ate there last year. This time we ordered one and split it! 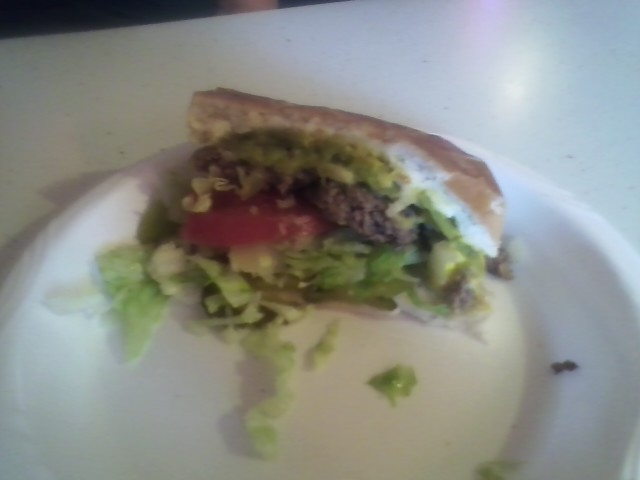 Mid-afternoon we stopped at Capitan to visit the Smokey Bear museum. It was fun looking at the stuffed, carved and painted Smokeys and fire safety posters from my childhood. 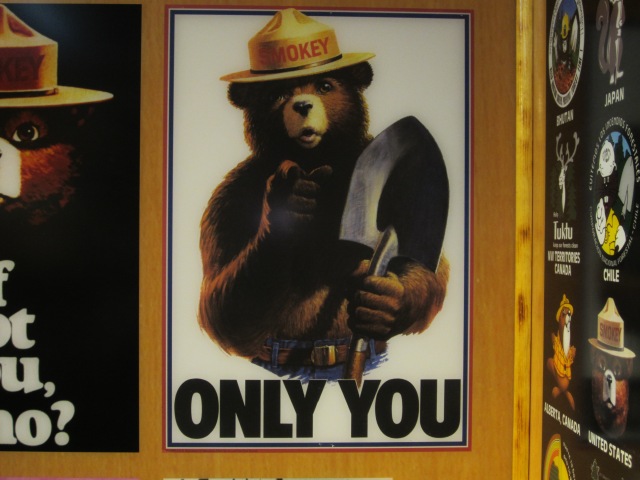 I remember hearing the story of how Smokey was found badly singed after a forest fire swept through his area. He was just a few months old and weighed only about 5 pounds. At first they called him Hotfoot, but the name was soon changed to Smokey. And no, Smokey Bear’s middle name is NOT “the”! That word was added to make the rhythm of his name fit the song that was written about him. He lived out his life in the National Zoo in Washington D.C. and retired at 25, the human equivalent of 70, the mandatory age for federal service retirees at that time. He died a year later. His body was brought back to Capitan for burial, in the corner of the park behind the museum. The sign there says that Smokey was loved by all Americans but the people of Capitan love him just a little bit more. 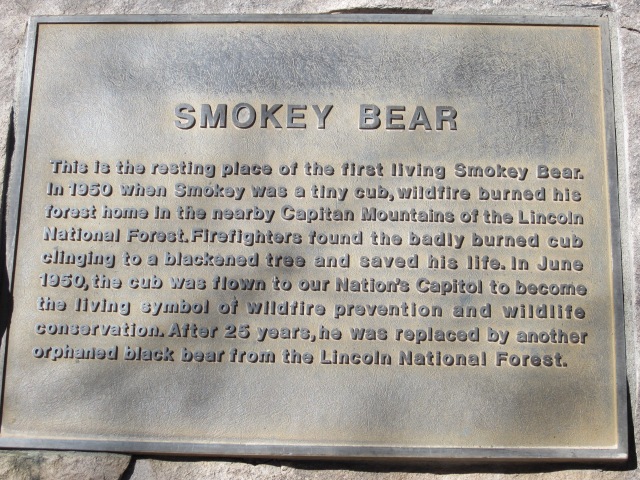 Smokey had a postage stamp depicting him as a cub clinging to a tree, the only time the US Postal Service has issued one honoring an animal. During his life he received up to 13,000 pieces of fan mail each week, so many that he was given his own zip code.

I love this last picture because it shows a time in our history when a government agency wasn’t afraid of showing a nationally known figure in prayer! 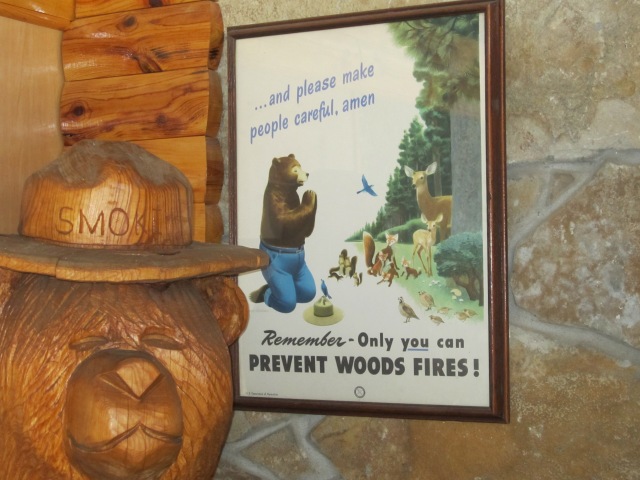 We’re currently parked just outside of Roswell, NM, but that’s a story for another day…providing we aren’t abducted by aliens!