On all the islands we visited, tremendous wealth lives next door to abject poverty. But it doesn’t seem to bother anyone very much. The attitude, especially in Jamaica but also on the others, is “Ya, mon. No problem, mon!” There are no problems, only situations.

So the situation on Grand Cayman was that there is no port for the big ships in George Town and the wind and waves were fierce the day of our visit as we boarded a “tender” to take us to shore. Those smaller boats were open to the weather and some of the passengers were a little damp as rain pelted us on the way back after our tours. That day the ship rolled so much that the pools were emptying themselves onto the deck and LeRoy said he woke up being rolled from one side to the other as he lay in bed!

Maybe we just chose the wrong excursion. Maybe our experience of the island would have been better if we had opted for the stingray and dolphin encounter. Maybe if our tour guide hadn’t been a self-proclaimed expert in US politics, we’d have had a better impression. For whatever reason, we weren’t as impressed with Grand Cayman as we had been with Cozumel and would be with Jamaica. The first stop on our tour in Grand Cayman was to a newly engineered “town”, Camana Bay. It includes a shopping center developed to be the town center, residential buildings and we were told, schools as well, so that people can live, shop and be educated in this artificial village. The most impressive part of that for us was the mosaic that covered the walls and stairs in the observation tower.

From there, our driver took us to Hell and back, literally. 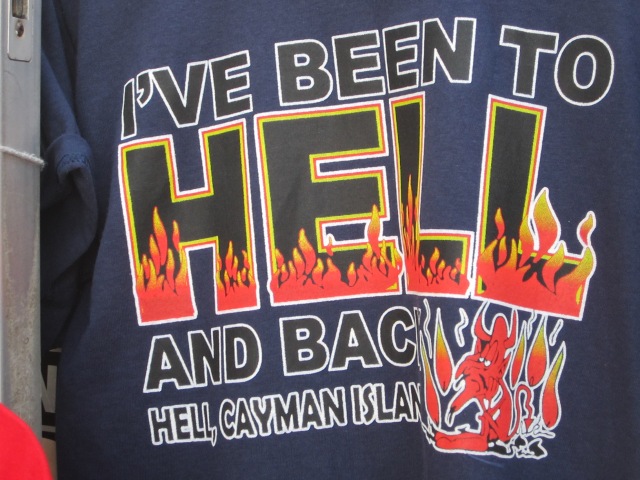 The location is the site of jagged rock formations that caused some visitor long ago to say “That place looks like Hell!” It’s little more than a wooden walkway and a tourist shop now. 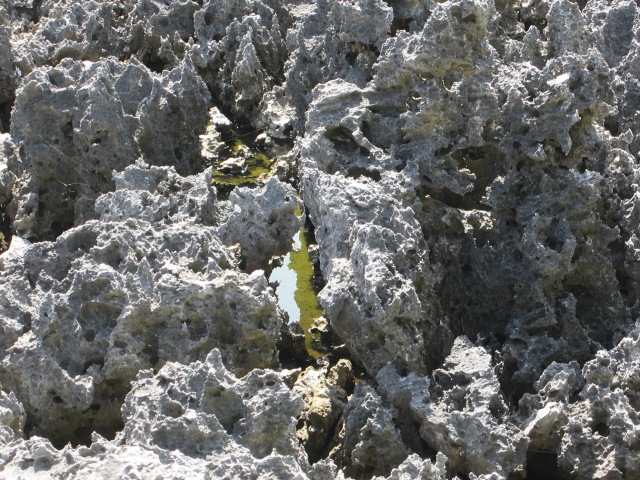 The next stop was the Rum Cake Factory where we stopped just long enough for everyone to file past a counter and pick up a sliver of dry cake, look through the shop in hopes we’d buy something, and load back on the bus. The only redeeming factor of the trip was a stop at the beach to enjoy the sun. 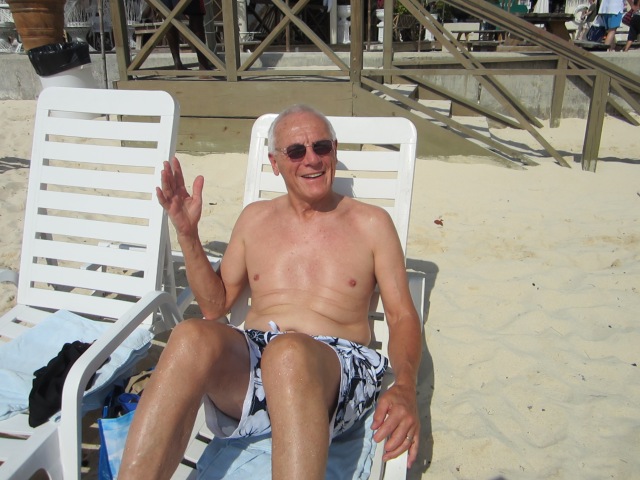 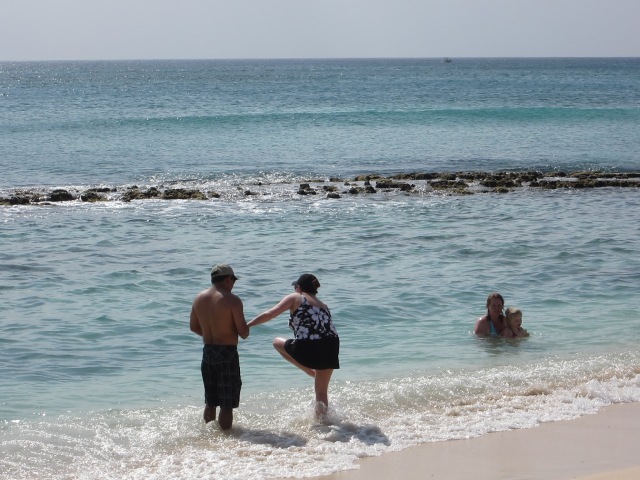 After traveling through the night as we slept, we made port in Falmouth, Jamaica. What a beautiful, green island! We chose another bus tour for that day and enjoyed our guide and the company of several other “family” couples as we were driven along Jamaica’s North Coast from Falmouth to Montego Bay. As on the other islands, extreme wealth and opulence often lay just across the road from abject poverty, high dollar residential construction just next to small rusty-roofed businesses. 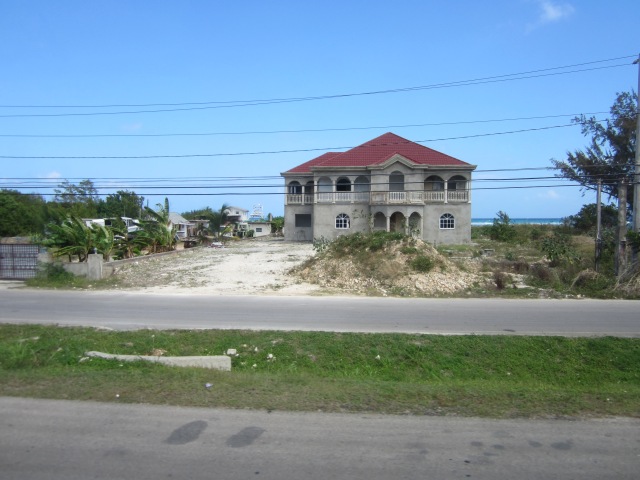 We tasted the island’s Blue Mountain Coffee, the world’s most expensive, along with Jamaican banana bread, at Pier One in Montego Bay, the island’s fun capital. Outdoor restaurants with thatched roofs overlooking the beautiful turquoise water of the bay just seem to exude an atmosphere of paradise! Of all the places we saw, I think Jamaica is the one we’d be most likely to visit again. 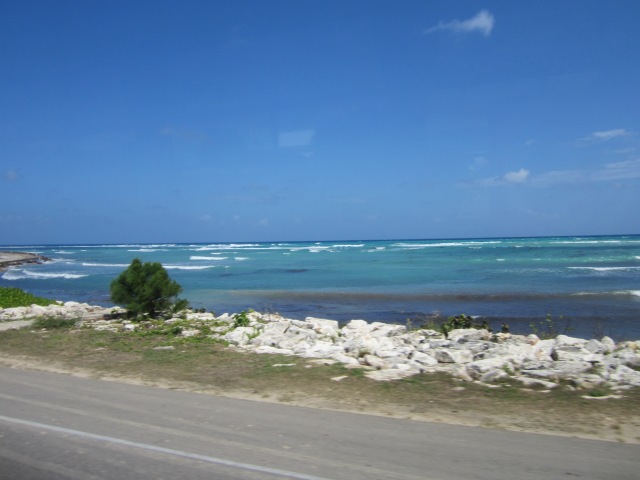