After today’s visit to the Yuma Territorial Prison State Historic Park, I’m glad I didn’t have to stay! But this guy–what do you think? 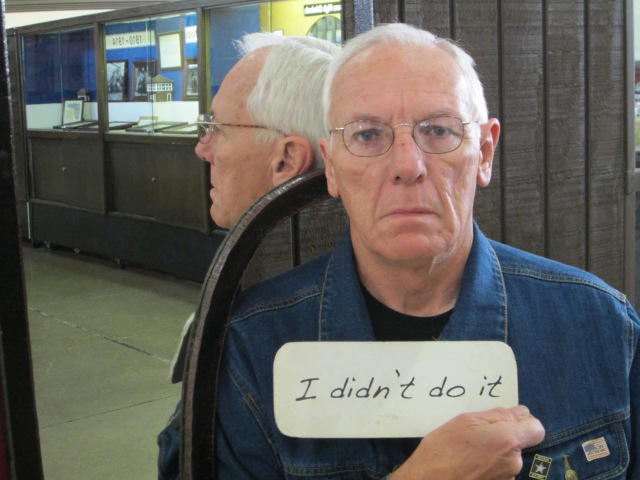 Isn’t that what they all say? This mirror is how the prison got both front and side view in one shot. Pretty ingenious for the late 1800s, I think.

The prison opened in July, 1876 and the first seven prisoners to find a cell were the men who had built the prison. I doubt that they had any part in designing their quarters, though. Who, if they had a choice, would opt for a 9 x 12 cell to share with 5 of their closest friends?

Can you imagine being assigned that top bunk in Yuma summers? And that lovely porcelain clad bucket on the floor? That was their only bathroom facility. Add to that the fact that the men only bathed once a week while doing manual labor outdoors and you can begin to understand that it didn’t smell like roses inside that cell. Yet people on the outside called that prison a “country club” because it had far more amenities than most of the citizens in Yuma experienced–electricity by the 1880s, forced ventilation, a library. Inmates were incarcerated for everything from seduction by promising marriage to murder.

One of the places most of the inmates would have tried to avoid was the Dark Cell, which was built deep into the bank where the only light or ventilation was provided by a vent pipe in the ceiling. Even the women inmates were subject to that cell if they didn’t behave, although they didn’t have to share it with men. 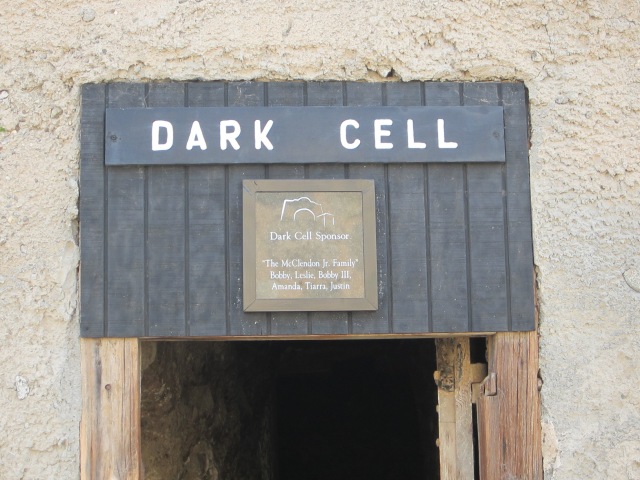 The inmates had little free time, but when they did they were allowed to work on crafts which could be sold. One of the most unexpected was tatting or lacemaking. Since LeRoy’s Aunt Tressie was a tatter, I understand its difficulty and was blown away by the intricacies of the products made by one of the inmates.

When the facility closed in September 1909 due to severe overcrowding, the prison was abandoned, but not for long. When the Yuma Union High School burned, school was held in some of the prison buildings, including the hospital for 4 years. That’s how the school got their mascot, the Criminals.

So far we’ve found a few restaurants we wouldn’t recommend but very few we would. Still checking, though! We’ll keep you updated.

1 Response to Not guilty!