Today was a gorgeous day for a day trip, so we made the most of it by driving to the Chiricahua National Monument just over an hour north and east of here. And on the way, we stopped by a quaint little out-of-the-way shop called Jim and Sandy’s Rattler Crafts, on a dirt road 2 miles off another dirt road outside a ghost town.

Outside, the decor was interesting, to say the least.

Inside we found rocks and jewelry. Oh yes, and anything that could possibly be made from a rattlesnake. My apologies but if you’re snake-averse, you probably won’t want to look at the picture below!

They use the vertabrae and ribs, as well as the skins and rattles, for jewelry, hatbands, phone holders and purses. I bought earrings, but they did NOT include any part of the rattlesnake! Making a purchase is unique in today’s world. You pick what you want, open the box outside the door, write what you bought in the notebook and leave your money! I loved it.

The next stop was the ghost town of Gleeson and it truly is. We didn’t see a soul. Soldiers Hole really did die when the railroad came through. 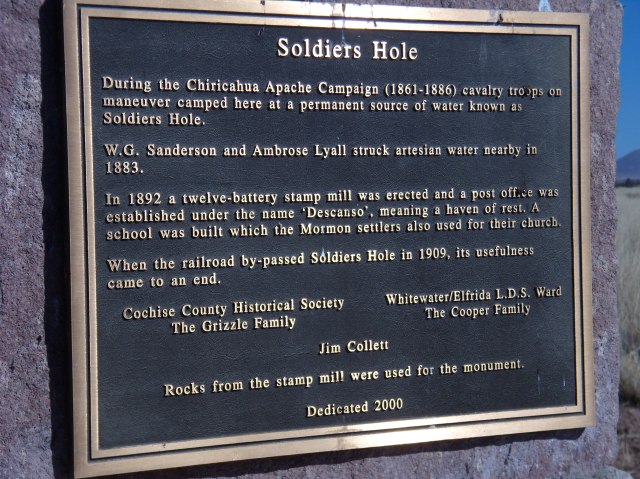 As we drove, we started to see flocks of birds, first a few in the distance and then more and more. Made me think of the geese that winter in Wichita! Soon the sky was filled with them and we saw fields covered with the large birds. It turns out sand hill cranes winter in that part of Arizona. 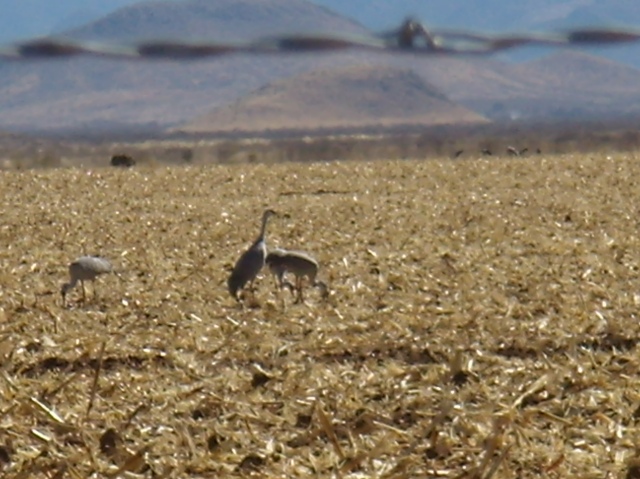 The mountains in Arizona are known as “sky islands”, rising abruptly like islands out of desert and grassland. The Chiricahuas were named for the Chiricahua Apache Indians who were most notably led by Cochise. This mountain range has extensive vertical rock formations, some that look almost like organ pipes. This is the view from Massai Point.

We got a couple of good hikes in this afternoon, uphill both ways! That’s LeRoy hiding in the shadows of two huge rocks on our hike to Massai Point.

While we were there, a German couple asked if we would take their picture. And then they returned the favor.

3 Responses to Another Day Trip!